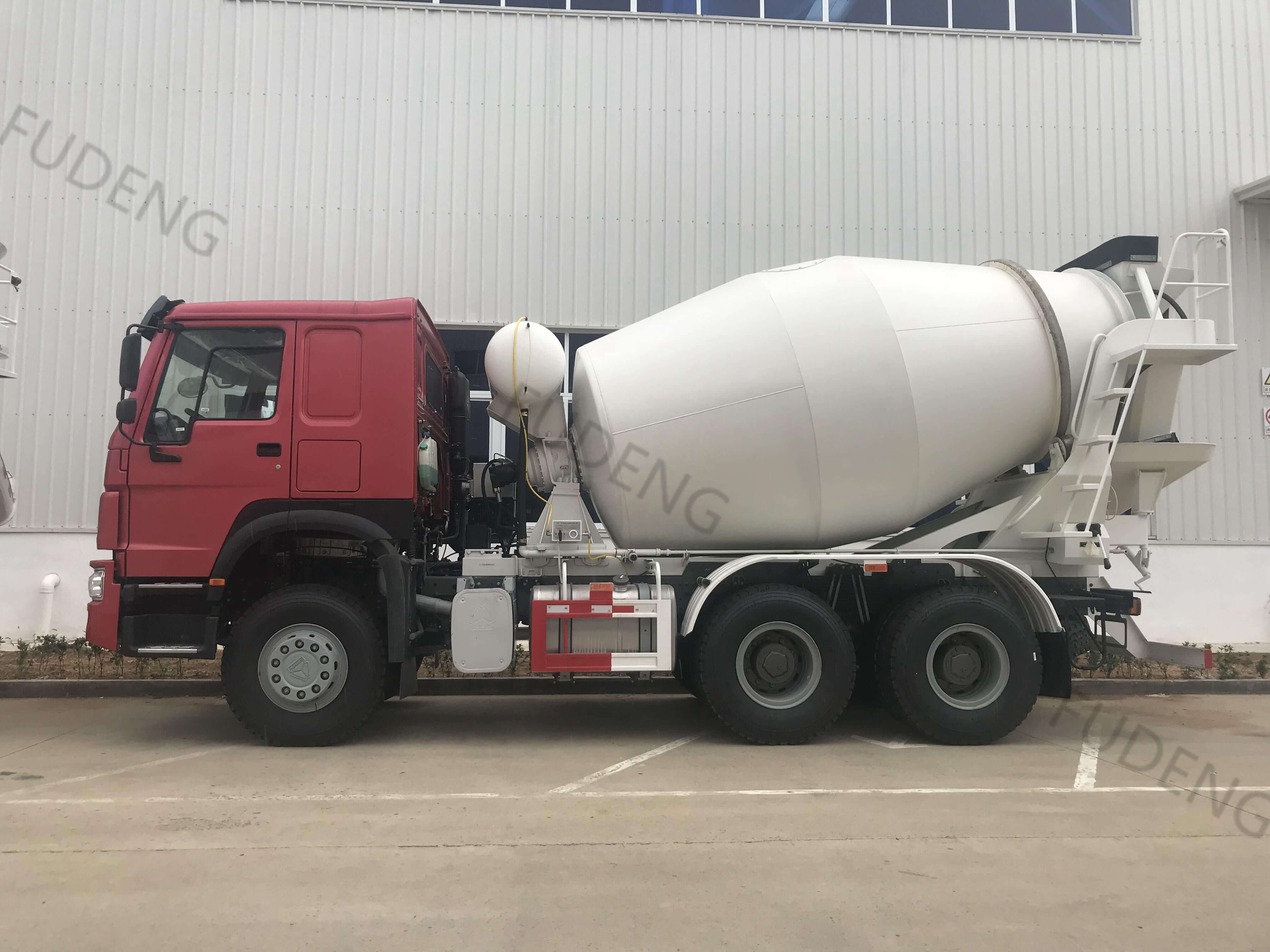 1. Chassis system: the main part of the mixer, the transportation function of the whole concrete mixer is realized by the chassis.

2. Hydraulic transmission system: the engine power taken out by the force extractor is converted into hydraulic energy (displacement and pressure), and then the mechanical energy (speed and torque) is output by the motor to provide power for the rotation of the mixing cylinder.

3, mixing tank: mixing tank is the key part of the whole mixing truck, is the storage of concrete container, to prevent concrete curing, segregation plays a decisive role. There are blades inside the tank, which mainly play the role of mixing and guiding materials.

6. Sub-frame: The sub-frame of the mixer is the main bearing part. The load during operation is almost all supported by it and then transferred to the chassis.

The subframe also plays a role in alleviating the impact load caused by road bumps and deceleration. The whole sub-frame is composed of main beam, front stage support frame and background support frame.

8. Supporting wheel system: the part connected with the rear of the stirring tank and the sub-frame is mainly used to support the drum body.

10. Circuit system: mainly refers to the whole circuit of the mixer, including the taillight, side sign light, corridor light, cooling fan motor, etc. 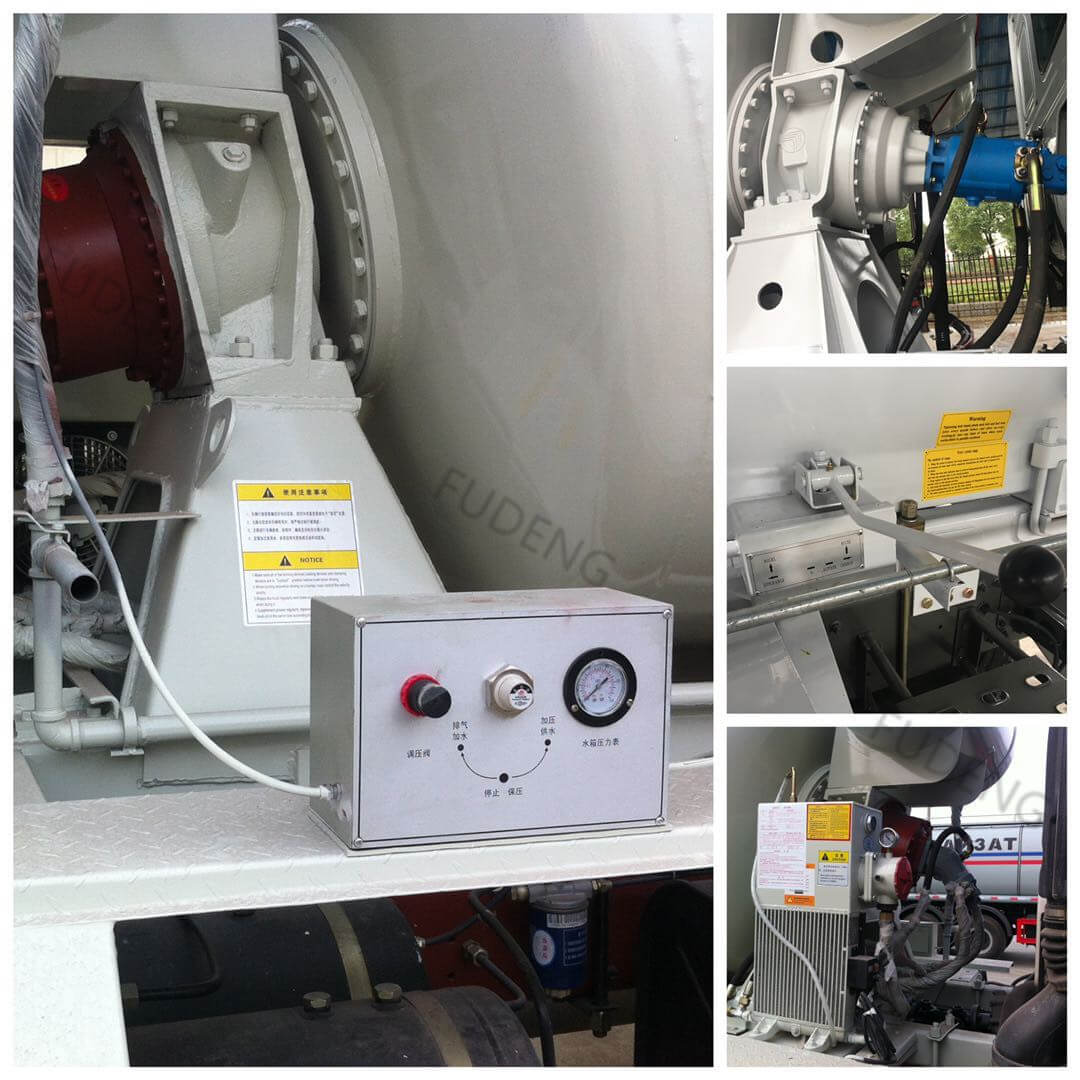 1. The power retractor drives the engine's power through the small drive shaft to drive the hydraulic motor of the hydraulic pump to rotate, and drives the mixing barrel to rotate through the reducer. On the way of transporting concrete, it is necessary to keep the mixing tank rotating at a low speed of 1-3 rotations per minute to ensure the uniformity of concrete and prevent concrete segregation, which is called agitation (commonly known as agitation).

2.When the mixer truck is loading concrete, the speed of the mixing tank is relatively fast, the speed is 6-10 revolutions per minute, and the concrete enters the mixing cylinder from the tube through the charging system, and flows to the middle and lower part of the mixing cylinder under the guidance of the spiral blade. Note: the rotation direction of the tank body should be the same during loading and transportation, otherwise the concrete will be discharged during transportation.

3. When the mixing truck is unloading, the engine transmits power to the mixing tank through the retractor, hydraulic pump, reducer, etc., and drives the tank to rotate at the speed of 3-14 RPM. The concrete moves towards the cylinder under the action of the push of the spiral movement of the blade and is discharged through the unloading hopper of the mixer truck. The rotation direction of the tank is opposite to the direction of the feed.

4. The water tank is pressurized through the air storage cylinder of the braking system, and the water flow is cleaned by pressurizing the mixing tank system, charging port, unloading system, etc. 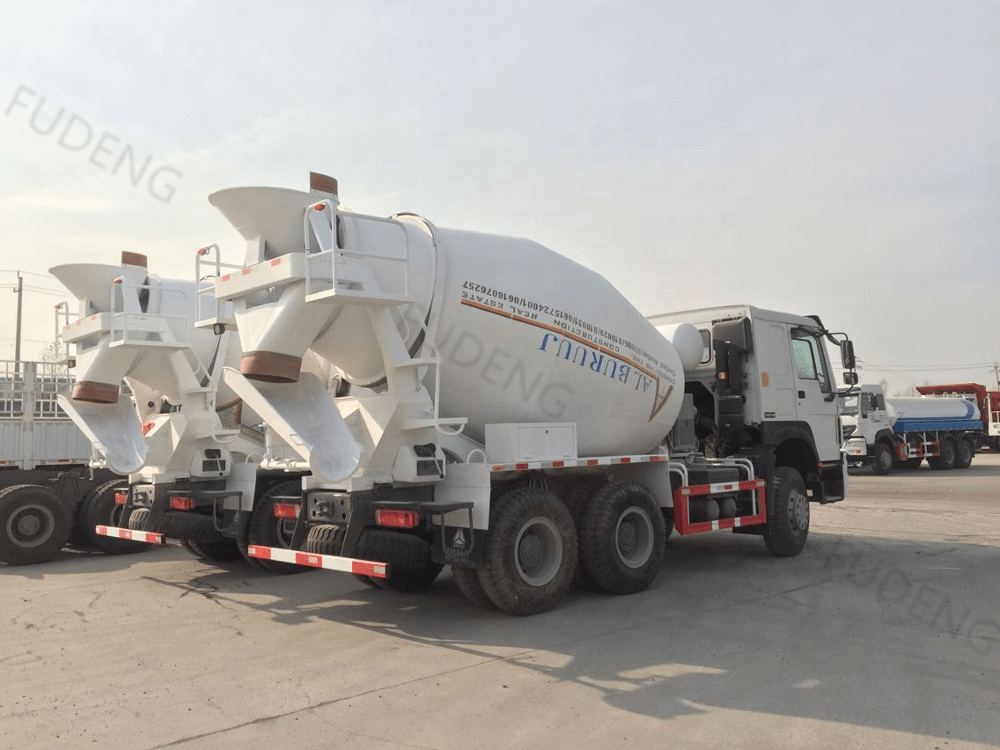