You are here: Home / News / What are the design specifications for rear tipping dump trucks?

What are the design specifications for rear tipping dump trucks?

As the name suggests, a tipping dump truck is a vehicle that can use the vehicle's own lifting system to unload. It is widely used in our lives, so do you know how the tipping tipper is designed? Let's take a look at the design specifications of the dump truck.

The axle of the tipper is placed behind the center of gravity of the vehicle, and the trailer is equipped with a hitch that transmits horizontal and vertical forces to the tractor. A rear tipping dump trucks is generally a three axles semi trailer, which is a heavy duty transportation vehicle connected to the head of the semi trailer through a traction pin. 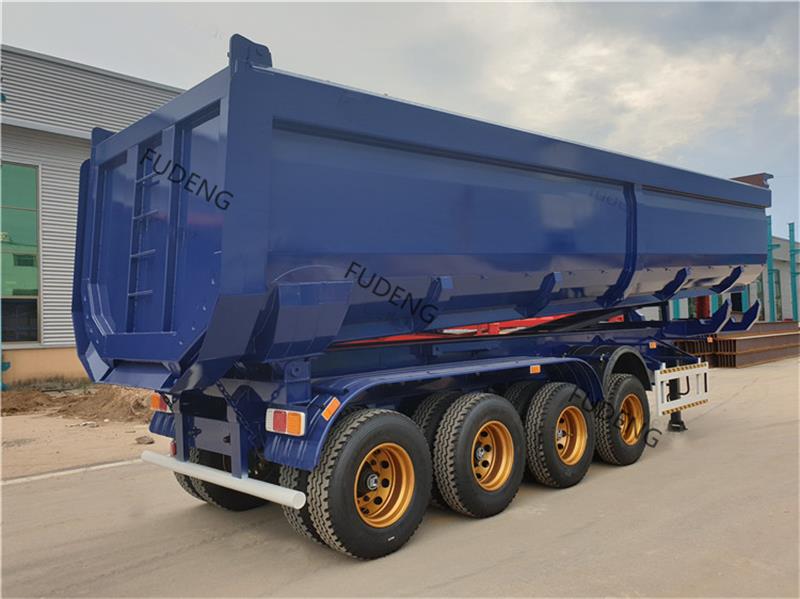 The carriage of the rear tipping dump truck adopts the backward tipping method, which can effectively improve the transportation efficiency of the loader for transporting bulk and scattered goods; the frame and the longitudinal beam of the carriage are welded by manganese plates, rear tipping dump trucks and the cargo box has two types: dustpan and rectangle. It has high strength, strong lifting force, good rigidity and toughness, strong bearing capacity and no deformation.

During the operation of the back dump truck, it is forbidden for anyone to get on or off the back dump semi trailer and transfer items, and it is not allowed to maintain while working; do not adjust the engine, hydraulic system, rear tipping dump trucks and electronic control system at will; pay attention to selecting and creating a reasonable working surface , It is strictly forbidden to dig holes.

The rear dump truck is mainly composed of a hydraulic dumping mechanism, a carriage, a frame and its accessories; the loading carriage can automatically tip over a certain angle for unloading, which greatly saves unloading time and labor; rear tipping dump trucks shortens the transportation cycle, improves production efficiency, and reduces transportation costs , is a commonly used special transport vehicle.

The rear tipping dump trucks can be divided into two categories according to their purposes: the first category is heavy duty and super heavy dump trailers for off highway transportation, which are mainly used for large scale mines, engineering and other transportation tasks, and are usually used in conjunction with excavators. The other type of light,rear tipping dump trucks medium and large ordinary dump trailers for road transportation are mainly responsible for the transportation of loose goods such as sand, soil, and coal, and are usually used in conjunction with loaders.

The rear dump truck is a transport equipment that can unload the truck automatically. The carriage of the rear dump truck adopts the rollover and rear dumping methods, which can effectively transport the bulk and scattered goods by the loading and unloading machine; the frame and the longitudinal beam of the carriage are made of high quality manganese. The board is welded, rear tipping dump trucks and the cargo box has two types: dustpan and rectangle. It has high strength, strong lifting force, good rigidity and toughness, strong bearing capacity and no permanent deformation.

Regularly check the engine coolant level of the dump truck: When the engine is in a warm state, never open the radiator cover, otherwise it may be scalded by the splashed coolant or high-temperature steam. After the engine cools down, check that the coolant level should be between the full level and the low level and are usually used in conjunction with loaders. 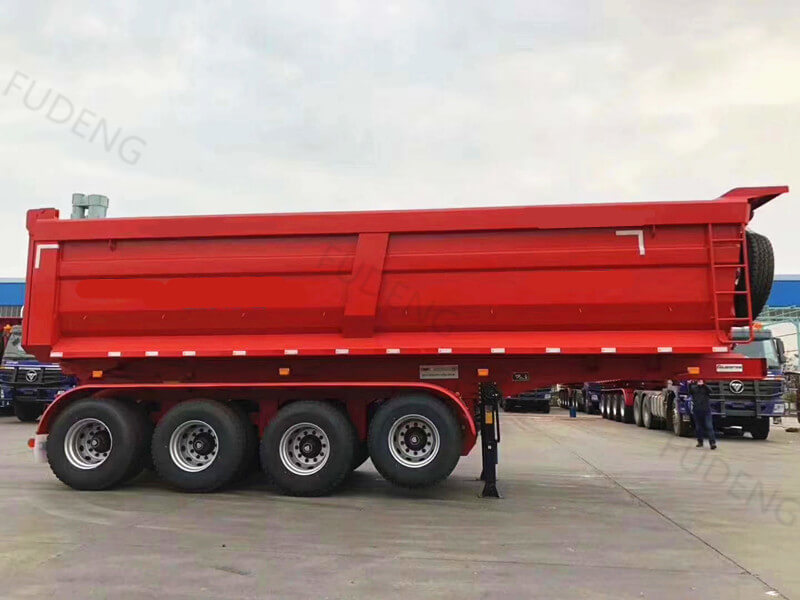